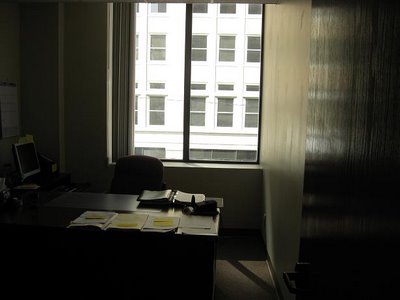 He continues to look down at his right hand, oscillating between feelings of panic and disbelief. “Wait. Where is my ring?” He looked down at his hand as if the Silver ring would magically appear. Jade snapped her fingers in front of his face, saying “Don’t trip. You probably left it at home on the sink.” The train pulled into L’Enfant Plaza and the pair disembarked. Jade updated him on their work projects as they ascended to street level and into their office building. He zoned in and out as his mind drifted to his ring. It was passed down to him from his Grandfather on his 18th birthday and he had rarely taken it off since that day.

He and Jade walk into their shared office on the 7th floor of their building. Bright with views of The Mall and 7th Street. Two desks. His neat and organized as he left it and Jade’s neat, but crowded. Organized chaos, if you will. They both get settled and start working. After morning meetings and lunch, Jade walks back into their office to find him reading a report from a meeting that took place while he was away. “Don’t forget that we have a meeting in 30 minutes to discuss that new project that’s due to start next month. Conference Room 8C.” Her words reverberate as she sits in her chair to prepare for the impending meeting. He nods in agreement and also begins to prep for the meeting.

He, Jade and their coworkers file into Conference Room 8C prior to the start of the meeting. Ben is the second to last person to come into the office and sits in a chair directly across from him. Once he confirms his notes with Jade, he looks up and notices Ben focusing his gaze on him. He’s still visibly nervous but much more calmer than he was this morning as he fled the Mount Vernon Metro Station. He gives Ben a confused look while thinking “I don’t know what this motherfucker’s problem is, but it seems like he’s a few Apples short of a pie today.”

Before He can say anything, the Department Chief comes in and starts the meeting. “Team, it’s time to push this project through. I know you’re all ready to get started but the bosses upstairs feel that we’re missing a key player. He’ll be here on-site next week through the end of the project but he’ll be joining us via teleconference from our offices in Houston for today’s meeting. Everyone, this is Michael Gardner.” His eyes grow wide as the Chief utters the last syllable of Michael’s last name. The screen behind the Chief  changes from that of the company’s logo to an image of well dressed man in a conference room. He quickly averts his gaze down to his notes and as he looks up to scan the room, he notices that Ben is still staring, but is now smirking. He looks back toward the screen as he clears his throat.

After the Chief reads a brief blurb on Michael, noting his expertise and what he’ll bring to the project, Michael introduces himself and shares some banter that makes the room laugh. All except for him. One-by-one, the people in the room go around and introduce themselves. Ben gains confidence and makes it apparent that he and Michael have worked together before and have bonded through their years of collaborating on projects. After Jade introduces herself, he leans over to make himself visible to the camera. Michael coughs and adjusts his suit jacket once he realizes who’s turn it is to speak. He introduces himself to Michael and the team in Houston and the Chief notes that ____, Jade and Michael will be working close together as the go-to people for this project. After another 30 minutes of discussing figures and schedules, the meeting comes to a close. Jade stays behind to talk to the Chief, while he immediately leaves and heads back to their shared office.

His head races with thoughts during the brief walk back downstairs. Every thought centered on Michael and their time together in LA. “Michael? Michael?! I didn’t know we worked for the same fucking company! How the hell could this happen? How the fuck is this going to work?” He goes back into his office and closes the door. He sinks into his chair and begins to think of how to approach this situation.

On the ride to work, he told Jade about his trip to LA. Although he shared 99% of the details, he purposely left out the small but major details surrounding Michael. Little did he know that in the coming weeks, his professional and private worlds would not only cross.. but ultimately be flipped upside down.